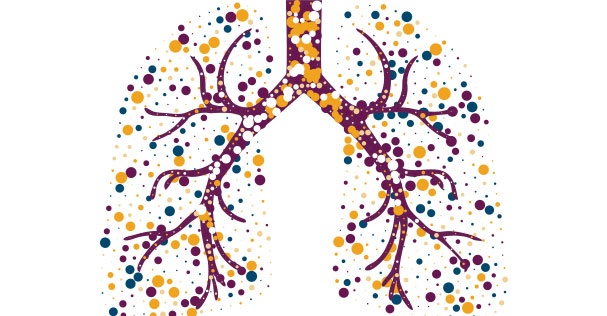 Breathing is the most fundamental movement pattern that we have.  Everything that we do is based on this pattern.  Depending on the situation, it can help to drive a movement, control a movement, or even calm/stabilize a movement.

The diaphragm is the primary muscle of respiration.  It is a dome-shaped muscle that contracts during inspiration to allow expansion of the lungs and to increase intra-abdominal pressure (IAP).  IAP is the pressure inside the abdominal cavity created by coordinated contractions of the diaphragm and the abdominal and pelvic floor muscles. As the diaphragm drops during inspiration, IAP increases.  Various studies demonstrate that increased IAP and increased lower back stability are associated.  More on this in a moment…

Let’s take a minute to briefly review some anatomy of the abdomen.  If we think of the abdomen as a canister, the diaphragm would be the top of the canister (or the lid), your pelvic floor would be the bottom of the canister (the base) and the wall of the canister would include your transverse abdominus and multifidi (see picture below).  When all aspects of this unit contract, they help to stabilize the spine in preparation for whatever load or action the body is about to do (I.e. exercise).

In an article by Anderson and Huxley titled The Use of Breathing Exercises in the Treatment of Chronic, Non Specific Low Back Pain, research showed a link between poor core stability and chronic, non-specfic low back pain, with data to suggest that alterations in core muscle activation patterns, breathing patterns, lung function, and diaphragm mechanics may occur.  This article performed a literature review to determine whether or not breathing exercises are truly beneficial in reducing LBP.  They found exercise programs that included breathing therapy (compared to traditional exercise alone) to be effective in improving lung function while also reducing low back pain.  Based on its results, it is recommended to consider the inclusion of breathing exercises for treatment.

Breathing offers many health benefits.  It can help to lower your heart rate, lower your blood pressure, relieve stress and anxiety, increase metabolism and improve circulation just to name a few.  What is commonly forgotten, though, is that the diaphragm also plays a crucial role in the function of dynamic core stability (which is important with things like lifting, squatting, etc).  By training proper breathing mechanics while simultaneously training movement patterns (or exercise) we can provide the body with better overall strength and motor control.