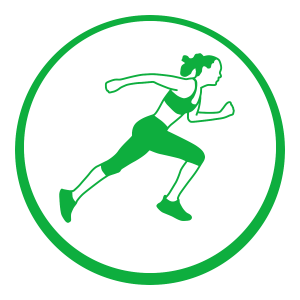 One of my favorite running podcasts is the Mountain Land Running Medicine Podcast with Bryan Heiderscheit, PT, PhD and Mark D. Anderson, PT, MPT, OCS.  These guys are just a wealth of information and they really do a great job with putting it in an interesting and easily digestible conversational format.  I highly recommend ??

In their latest episode, they had Jason Franz, PhD of the University of North Carolina at Chapel Hill and North Carolina State on for a discussion on various running related issues.

Its a podcast on running. What did you expect ??‍♂️?

The first half of the podcast is on shoe prescription and the difference in running economy in barefoot vs with a shoe. For the most part, he shared similar information that has thankfully become more commonly used by clinicians which is that a neutral, light cushioned shoe is generally a good fit for most people.  There was more to it of course but I was more interested in the second half of the episode…

I often get asked “will this hurt me?”.  Its typically in reference to someone’s age or their idea that a certain type of exercise is bad for them.  The most common one asked about is, of course, Wrestling.  Just kidding. Its running. Running is definitely the activity/sport that people get the most incorrect “advice” about.

As I’m sure you know, the myth goes – The older we get, the less flexible we become, the weaker we become, the more fragile we become and therefore we should know our place and avoid things that “younger” people do…

They found that the the achilles tendon that we all know and love is actually composed of three separate sub-tendons; Two from the heads of the gastrocnemius muscle and one from the good ol’ Soleus muscle. These sub-tendons work as a team but they also interact and move on each other, as individual tendons. The interaction and connections between the sub-tendons and muscles serve as a way for our body to communicate movement, position and power to our brain.

The Achilles tendon as a whole tends to become more compliant rather than stiff, as people age (which is the opposite of what many people think). This lack of rebound leads to an increase in work with simple tasks, like walking. Justus Ortega’s research shows that “a lifetime of running can protect against age related reduction in walking economy” – possibly by maintaining the stiffness in the Achilles’ tendon?  This is in line with the current research looking at exercise in the form of jumping, resistance training, etc. in an older population with osteoarthritis/osteopenia.

Munukka et al reviews the literature on the effects of hi-impact exercises (jumping) on bone health.  The group found that bones, like muscles, “adapt their strength through increased strain and stress which are caused by increased loads through forceful muscle contractions” and that neuromuscular performance was associated with skeletal rigidity.

What this means for us is that these activities like running, jumping, crossfit, etc. that are surrounded by the myths that they are only for the perfectly fit is completely untrue!  The more complex and demanding the activity is the more our bodies and, more importantly, our minds adapt. I won’t go down the rabbit hole of brain plasticity but if you’re interested you should check out the new “explain pain supercharged” book by the NOI group.  Its about more than just pain so don’t worry.

And if you’re interested in learning about running, check out Chris Johnson out of Seattle for some great insight on running exercises and training.