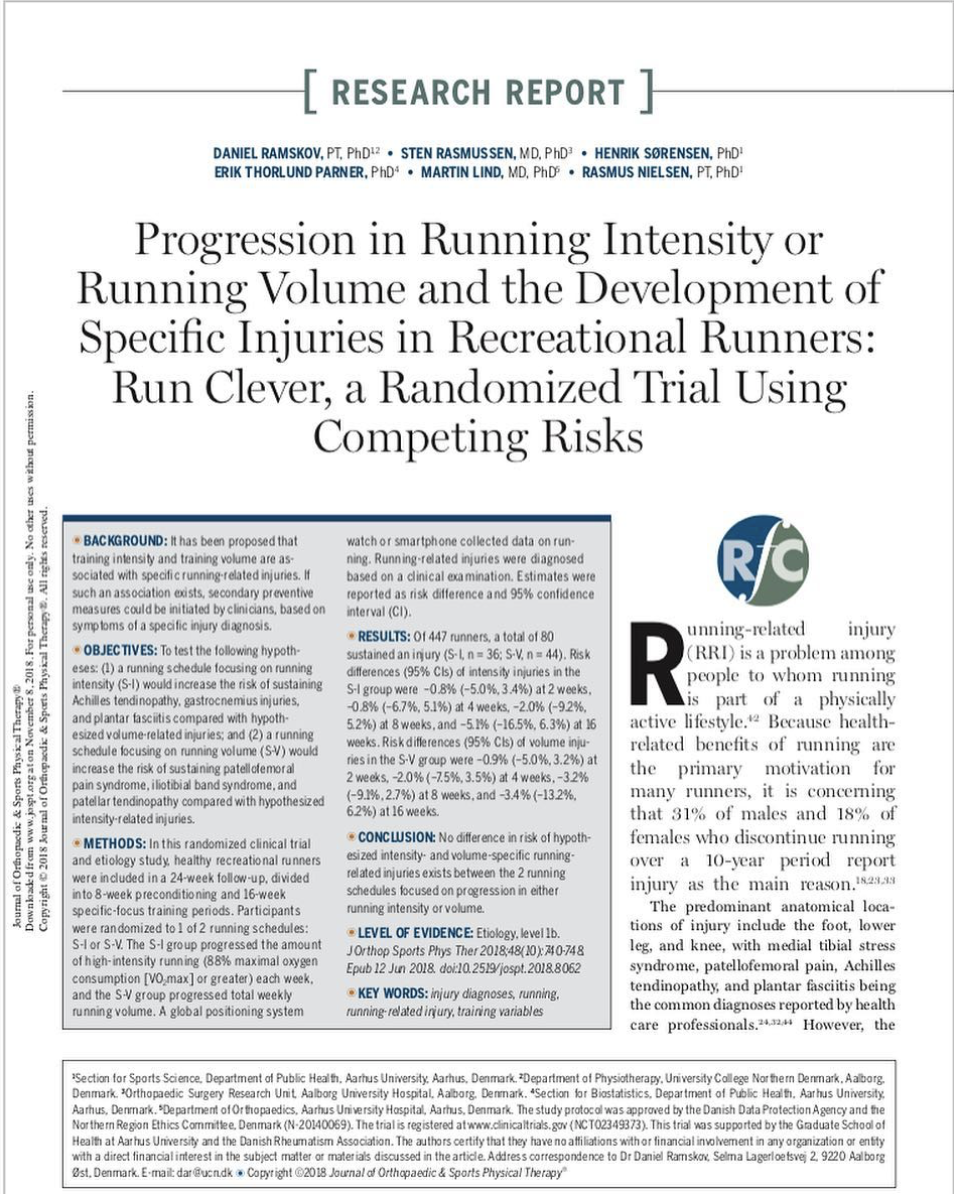 A quick review by our very own, Monique Dupree.

The Run Clever Trial out in Denmark published this article to try and find a correlation between types of running related injuries (RRIs) and types of run training in hopes to help train runners and avoid certain common RRIs.

Long story short, of the 447 runners included in the study, 41% of the participants sustained a RRI categorized either as intensity or volume related. However, each group suffered from almost equal number of injuries that the authors considered volume RRIs and intensity RRIs. Thus, hypothesis was not supported by estimates of risk differences over the study period. They suggest that when choosing to modify training load, clinicians should consider modifying both volume and intensity.